"For any game of chance such as Roulette, there is not one strategy that can ensure 100% of winning probability. But if you play smartly using the strategies that work, you will be able to make good consistent money from the online casinos".

In Honor of Sean Connery

Everyone knows that fictional secret agent James Bond is synonymous with expensive gadgets, martinis (shaken, not stirred) and casinos, but in particular, there’s a long-standing connection between 007 and roulette. In the film franchise, he’s partial to a card game or two, such as baccarat or poker, but in the novels by Ian Fleming, the roulette table is a frequent setting and the first novel, Casino Royale, opens with Bond playing roulette. Before you play live roulette online, let’s take a deeper look into the affiliation of roulette and James Bond.

He may have been the original James Bond, starring in the first film Dr. No in 1962 and going on to play the secret agent a further six times, but Sean Connery had successes on the casino tables in the real world, as well as in the movies.

His most famous visit was in 1963 to the Casino de la Vallee, in the Aosta Valley region of Italy. He went straight to the roulette table and put a straight-up bet on number 17. It didn’t come in but that didn’t deter him and he placed the same bet for a second time. Again, it failed. On the third spin, his luck was in and number 17 came up. Spurred on by this success, Connery carried on playing, making the same bet on the number and much to the awe of his fellow gamblers, not only did 17 come in for a second time, but three times consecutively.

His odds were something like 50,000/1 and understandably, after three wins, he did the sensible thing and left the table. You could say he’s a real-life Bond and maybe the reason why many consider 17 a lucky number in straight-up betting.

Interestingly, Diamonds are Forever stars Sean Connery himself as James Bond and by this point, he’s frequented many a casino to play roulette and won big (well that £20,000 in 1963), so knows exactly what to do (no acting required!). The film begins in the Circus Circus casino in Las Vegas and in the opening credits, Bond holds one of the film’s villains over a spinning roulette wheel, as he interrogates him. Okay, so not the best depiction of the popular casino game.

Later on, in the film, Connery as Bond plays roulette – of course betting on lucky number 17. His number comes in and he then goes on to play craps, in what is an iconic scene of the film.

The James Bond roulette strategy was devised in homage to 007 and will only work on a European roulette wheel, due to the single zero and house edge. Like all roulette strategies, there is no guarantee that it’ll work.

The James Bond roulette strategy is a flat betting system, meaning the same amount of money is wagered every time and it’s best to place the bets in units of 20. Three bets are placed and are as follows: 14 units on 19-36; 5 units on a line bet 13-14-15-16-17-18; and 1 unit on zero. As long as the proportions stay the same, you can increase the bet. By using this strategy, you’ll have bets covering 25 numbers, but also 12 occasions where the bet can lose.

Alternatively, make like James Bond – get in quickly, get the job done and leave!

* IMPORTANT... Must be 18+ to gamble [www.begambleaware.org]

The future of all payments is here. Now is the time to jump in. Online casinos are abandoning credit/debit card and bank transactions.  Start using Bitcoin today... 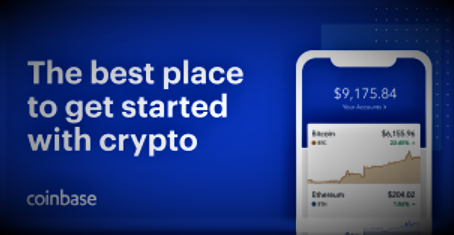